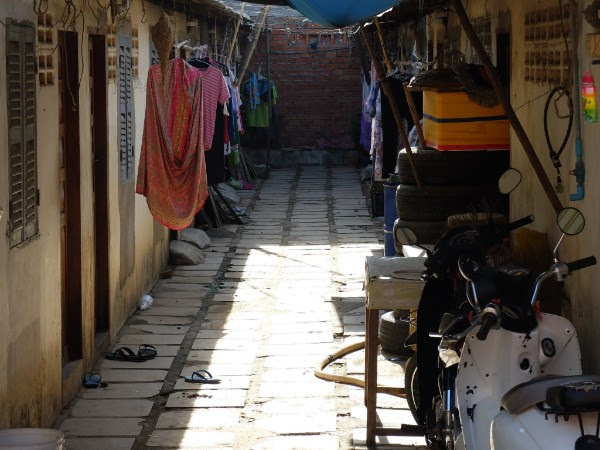 by Guy Stuart
5 years ago

MFO is pleased to release its Interactive Reports on the Garment Worker Diaries studies it conducted in Bangladesh, Cambodia, and India in collaboration with Fashion Revolution and C&A Foundation.

The reports provide a dynamic picture of the daily lives of garment workers: their regular earning and spending habits, as well as how they cope with the ups and downs of life. What we see are stories of survival in face of a difficult combination of low wages and economic uncertainty.

Over 12 months, MFO’s local research teams (BRAC in Bangladesh, TNS in Cambodia, and MORSEL in India) visited 540 workers (180 per country) at their homes to learn about what they earn and buy, how they spend their time each day and what their working conditions are like. The reports highlight that the living and working conditions of garment workers varies greatly between countries:

Bangladesh’s workers faced the harshest conditions and are the most exploited. On average, they worked 60 hours a week and earned an hourly rate of 28 taka (the equivalent of 0.95 USD in purchasing power parity). They earned less than the minimum hourly wage 64 per cent of the time and there was significant evidence to suggest that the more they worked the less they earned. Outside of work, most women controlled at least their own earnings which were spent on basics like food and rent and rarely improved a household’s quality of life.

Cambodia’s workers sought overtime hours to boost their incomes, but in many cases were not paid a legal wage for these hours. On average, they worked 48 hours a week and earned an hourly rate of 3,500 riels (the equivalent of 2.53 USD in purchasing power parity). Despite earning the minimum wage and supplementing their income with overtime hours, most workers still faced financial strain, and at certain points throughout the year, this resulted in limited access to quality food and medical care.

India’s workers – a sample of export-oriented factory employees in the southwest of Bangalore – typically earned the legal minimum wage or higher and paid into pension and state insurance programmes. On average, they worked 46 hours a week and earned an hourly rate of 39.68 INR (the equivalent to 2.27 USD in purchasing power parity). They were often exposed to verbal abuse by their supervisors and relied heavily on income from their husbands or other household earners to meet their financial obligations, but lived in comparative comfort to workers in Bangladesh or Cambodia.

The reports’ findings are of direct relevance to brands, retailers, suppliers, governments and all other parties who are working with and in textile and apparel supply chains as many of them continue to source clothing from factories employing workers who struggle to make ends meet. For example, brands need to consider more than their margins when deciding where to make their clothes. Their decisions have a real and meaningful impact on the lives of these women and their families. The Diaries offer an opportunity for key global stakeholders to work collaboratively and bring about systemic change in the garment industry.

You can navigate to the reports by clicking here, or clicking on the Reports tab at the top of this page.
###