During the last two weeks of 2016, as consumers in the United States and Europe were donning their new holiday outfits, the garment workers who made those clothes in the manufacturing hub of Ashulia in Bangladesh were being arrested by police, and factory owners sacked workers by the thousands.

The heavy-handed actions were a response to workers’ protests against high rents and low wages. Garments workers said they could not pay rent and purchase daily necessities like food, basic clothing, and medicine on the paltry minimum wage of $68 a month. In response, the Government of Bangladesh’s Minister of Commerce Tofael Ahmed announced that the government would ensure that rents in the Ashulia area would not increase for three years.

Unfortunately, new data from Microfinance Opportunities’ Garment Worker Diaries shows that current rent levels are driving garment workers to accumulate debt in order to provide basic necessities for themselves and their families. Consequently, the government’s promise to hold rents steady is unlikely to provide workers with financial relief.

Debt for the Renters

We are currently conducting weekly interviews with 181 female garment workers who live in manufacturing hubs throughout Bangladesh, including 16 who live in Ashulia. Two-thirds of the sample are responsible for paying their household’s rent. Women who do and do not pay rent share many similarities. The majority of the women are married, and they have comparable education levels and positions in their factories, although those who pay rent are slightly older. The women that are married live with their husbands and children in one room with no bathroom or formal cooking area; those that are not share similar spaces with other family members or other garment workers.

The economic behavior of these two groups is as different as their demographic characteristics are the same. The data make clear that rent is a huge burden for the two-thirds of women who pay it, demanding 40 percent of the value of a monthly paycheck on average. These women purchase goods on store credit more than twice as often as the women who do not pay rent, borrowing goods each month with a value equivalent to almost 20 percent of an average paycheck. The goods they purchase are not luxuries – they borrow basics like food, soap, and medicine for themselves and their families. 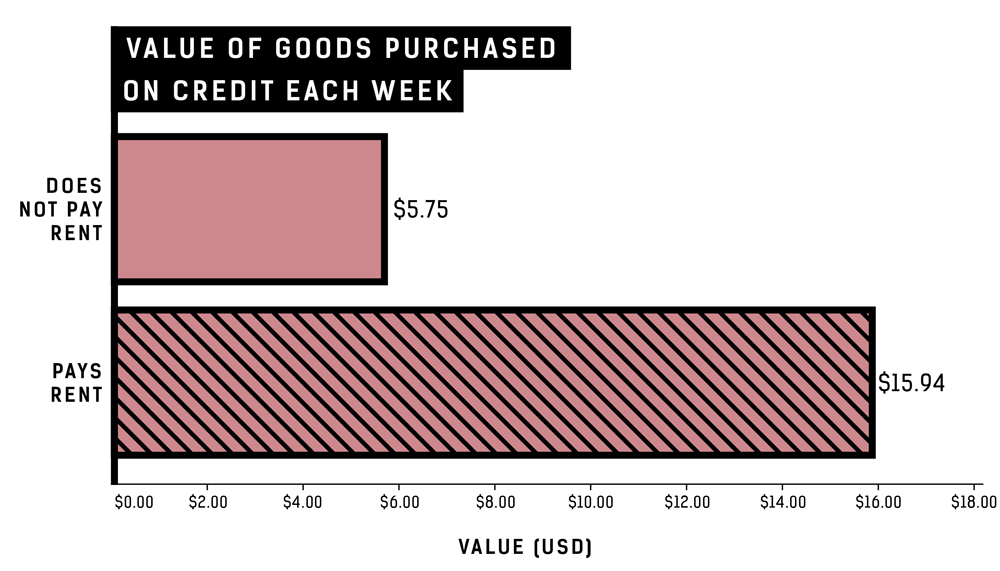 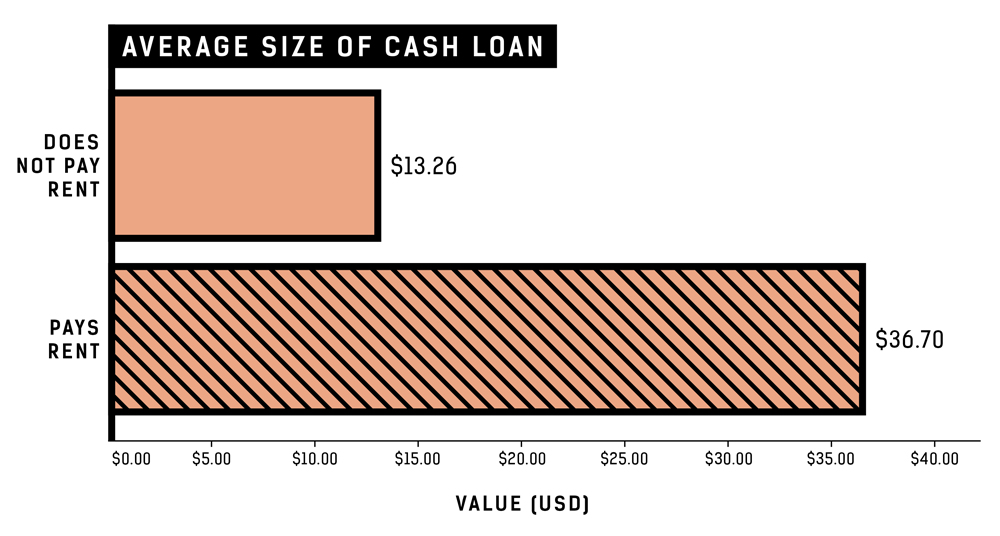 Women do not acquire this debt haphazardly or in response to unusual events – their behavior is cyclical. In the weeks between monthly paychecks, women borrow goods from store vendors and take cash loans, using the cash to purchase basic goods they cannot get on credit and to pay rent for the upcoming month.

Their paychecks make them flush with cash but only for a moment – in addition to rent, they have to repay their outstanding loans from the previous month. After paying their rent and these loans, they are short on cash, and the cycle of taking on and repaying debt begins again. 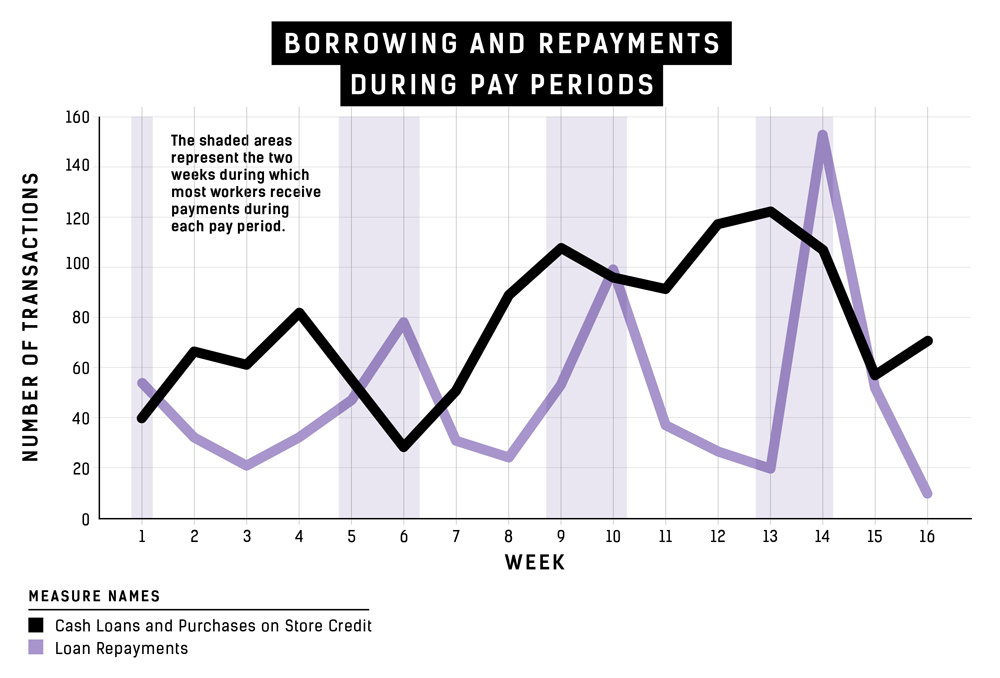 Holding Rents: Nothing More Than a Platitude

This cycle has the makings of a catastrophe. An unexpected event, like a medical emergency, could be devastating for women already living on the financial edge. Women who lose their factory jobs may be unable to repay their debts, forcing them to borrow from riskier sources, and pushing them deeper into a debt trap.

From this perspective, the Government of Bangladesh’s promise to hold rents steady is nothing more than a platitude, a promise that while garment workers’ rent-induced stress may not increase, it will not be relieved in the near future. Instead, the workers will continue to exist in a status quo defined by the pressure of borrowing to make ends’ meet and working 60 hour weeks to ensure debts can be paid.

The Garment Worker Diaries is a yearlong research project that is collecting data on the lives of garment workers in Bangladesh, Cambodia, and India. Microfinance Opportunities is leading the project with support from C&A Foundation. Fashion Revolution will use the findings from this project to advocate for changes in consumer and corporate behavior and policy changes that improve the living and working conditions of garment workers everywhere.