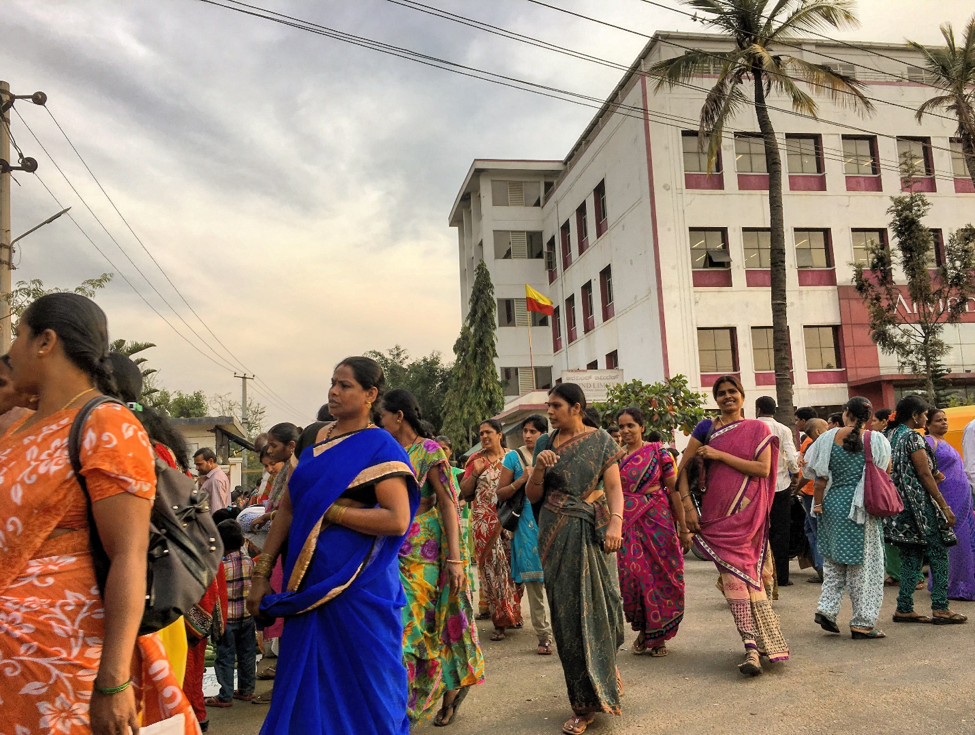 Day in the life of a garment worker 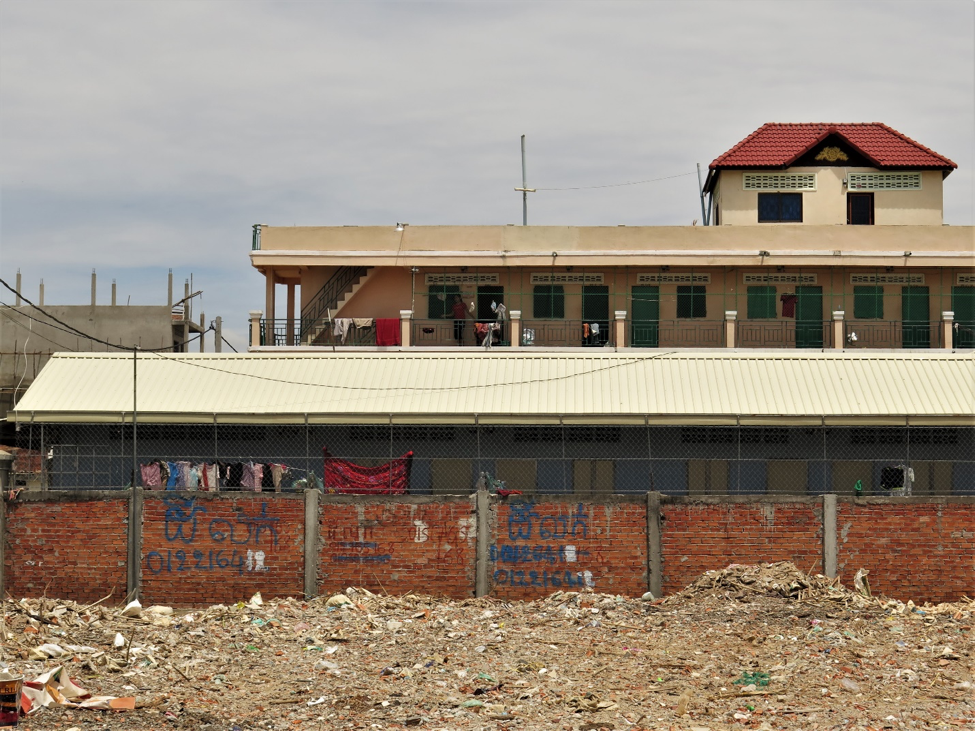 Garment workers in Phnom Penh often live in housing blocks like the ones seen here—single rooms in dystopian looking concrete buildings. While the homes often have electricity and private bathrooms, there are many in less-developed areas of the city like these, which are located next to an informal trash dump. On average, a room in one of these buildings will cost 120,000 riels per month, equal to about $30. 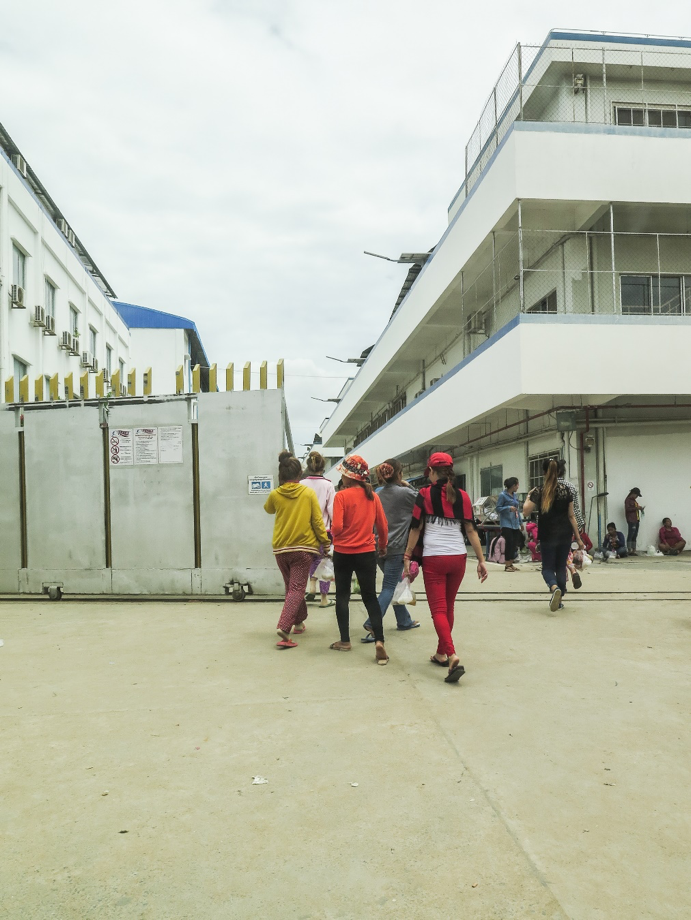 Workers leave their homes early in the morning to walk to their factories. The factories vary in size and formality but they are often in walled compounds with large metal gates. Conditions in factories have improved over the years but many of our respondents report that they are concerned for their safety for various reasons. 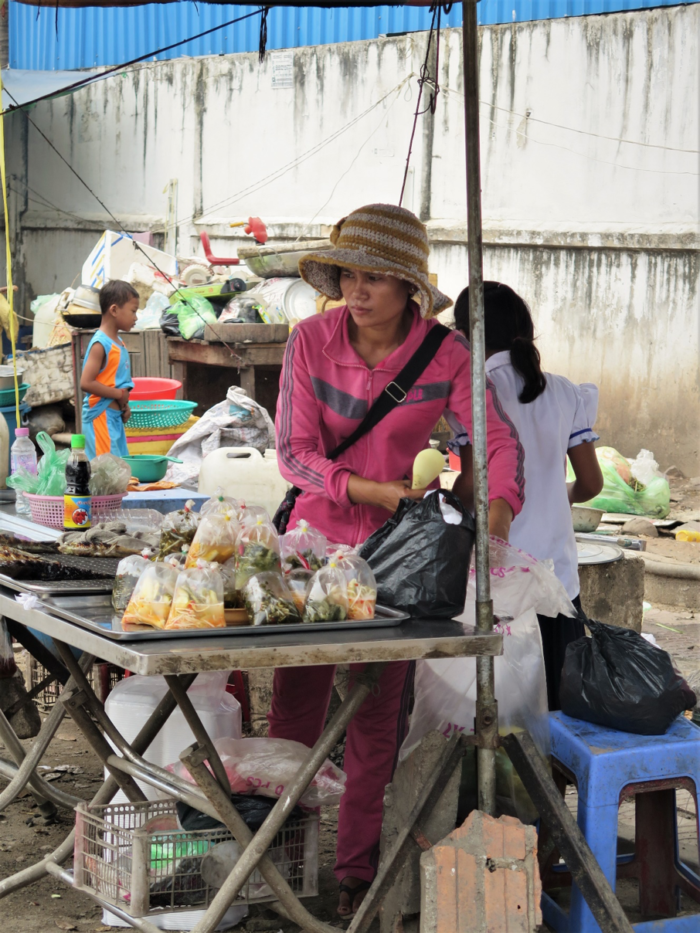 Workers typically get a quick break for lunch and crowds of women will surround vendors like this one, snatching up her prepared lunch fare for a few thousand riels. Workers will also sometimes buy prepared breakfasts and dinners from vendors too. 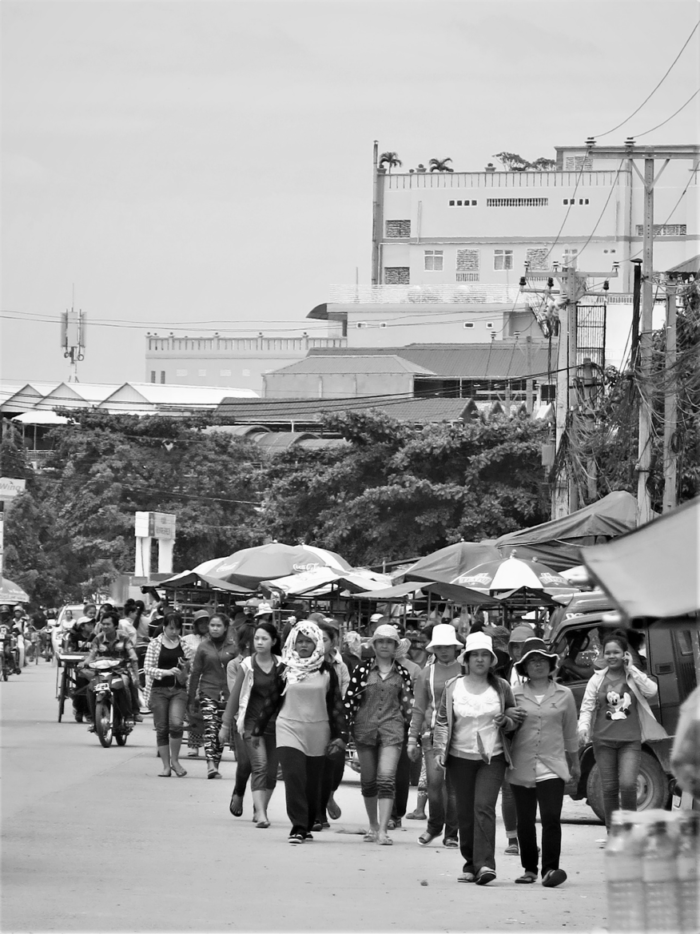 After their shifts, which can last anywhere from eight to 12 hours, garment workers leave their factories and walk home. The women in the photo wear hats and long sleeves shirts to protect themselves for the sun. Some wear scarves or facemasks, which they use to try to limit dust and chemical smells they breathe in while working. 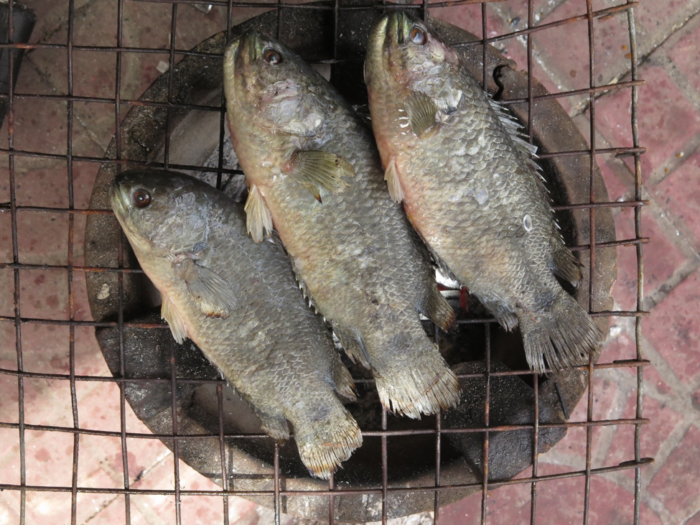 The women in our study will often purchase food for dinner on the way home from the factory. They do this almost every day—food will spoil if kept too long and most homes do not have refrigerators. The markets of Phnom Penh are loaded with fish, snails, chicken, and beef as well as fruits and vegetables. While many respondents cook using gas stoves, fish is best cooked over coals. 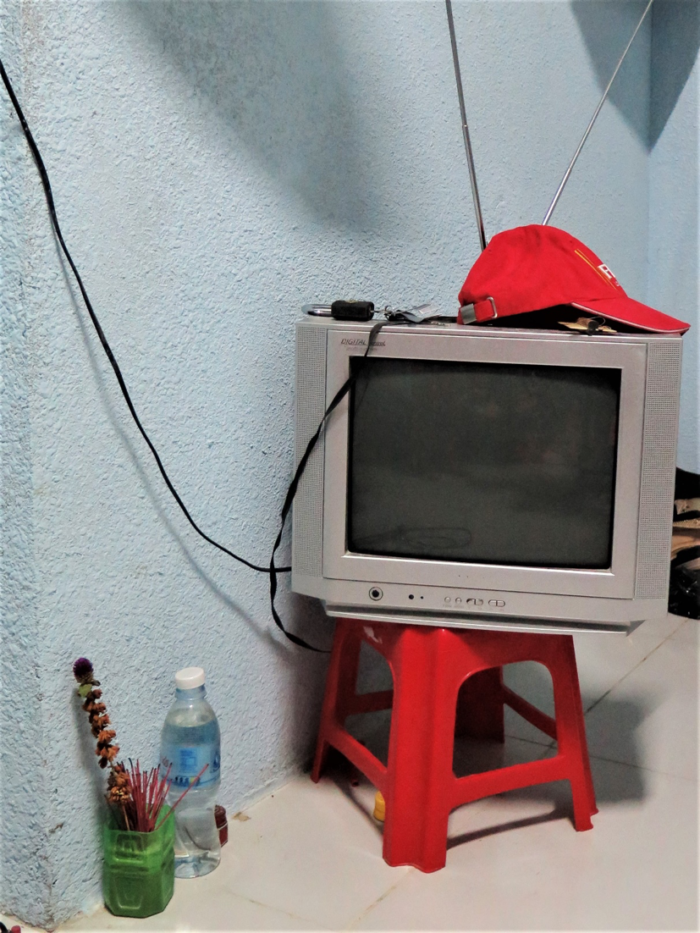 Long days at the factory followed by chores around the home tire our garment workers. The women in our study like to relax at the end of the day, if they have the time, and many enjoy watching television. However, many cannot watch for much longer than an hour—they have to sleep so that they are rested for another day of sewing clothes destined for Western markets. 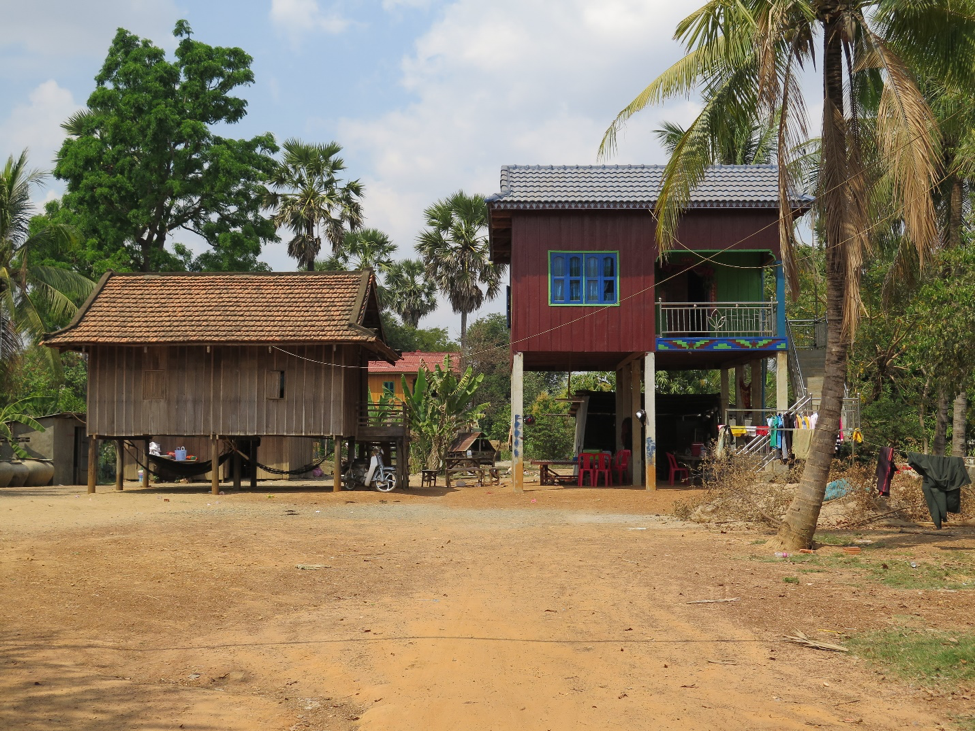 Most garment factories in Cambodia are in Phnom Penh but they are also located in other provinces of Cambodia, including Kampong Speu. Life here is much different from life in Phnom Penh. Homes here are larger and similar in style to the home above. 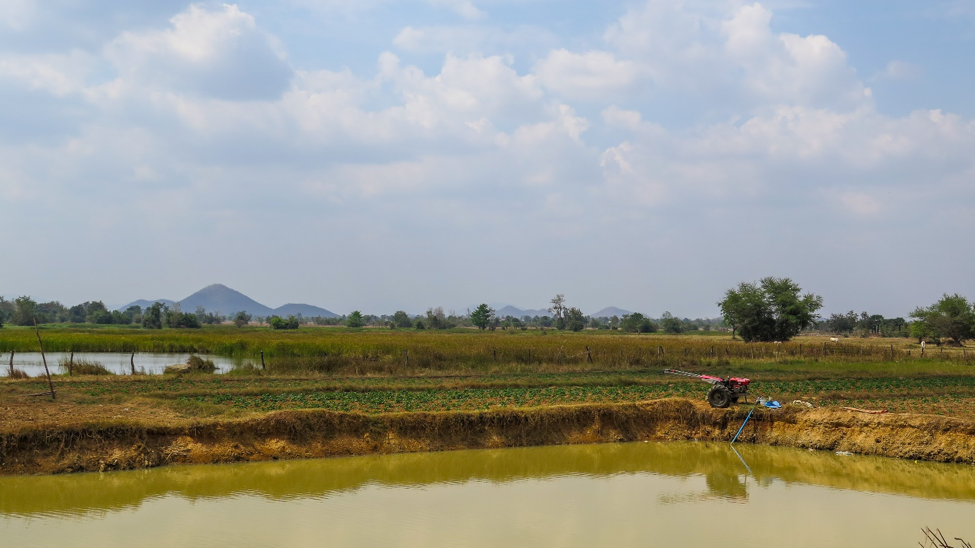 Garment work is an important source of employment for young women living in this area but households often engage in other livelihoods too. For example, many households engage in some type of agriculture. 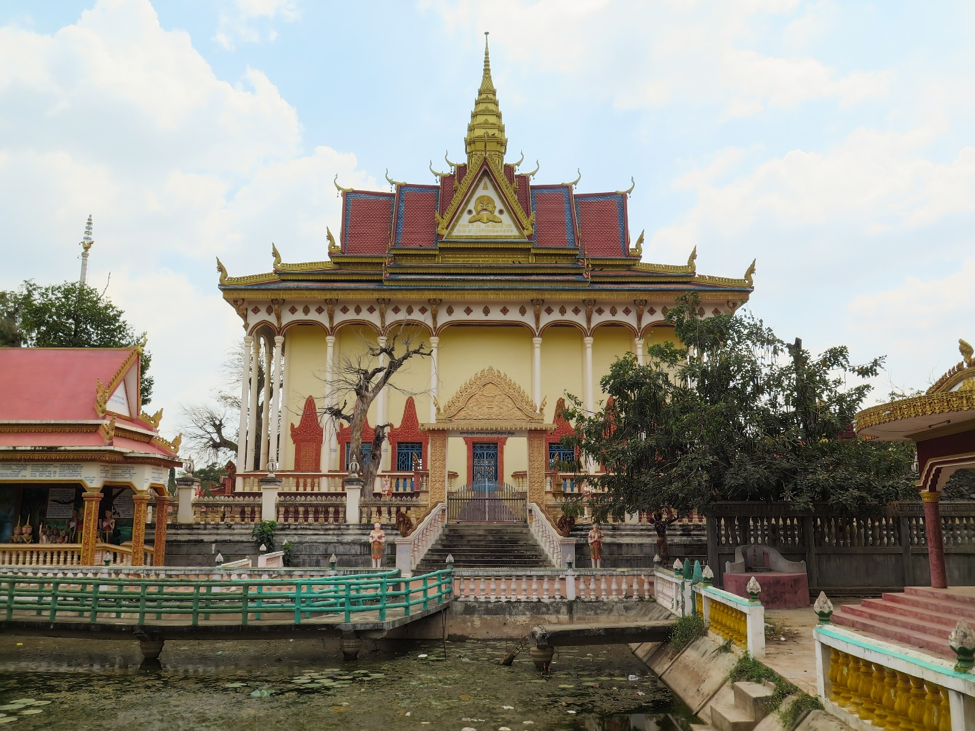 Buddhism is the national religion of Cambodia and evidence of its influence is visible throughout the country. One key example—many communities have a Buddhist temple similar to this one. It is a place for meditation and learning. Our respondents in Kampong Speu sometimes bring offerings to temples during religious holidays. 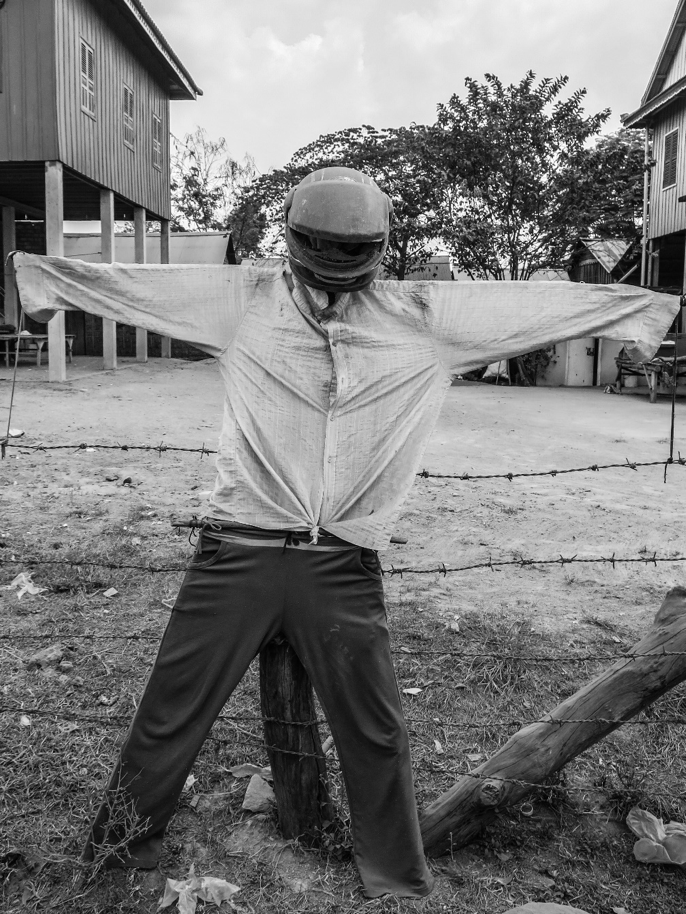 Religious and traditional beliefs are prevalent in this area. Figures, like the one shown here, guard homes from evil spirits. People hope that the figures will keep things like illnesses or curses into the home. 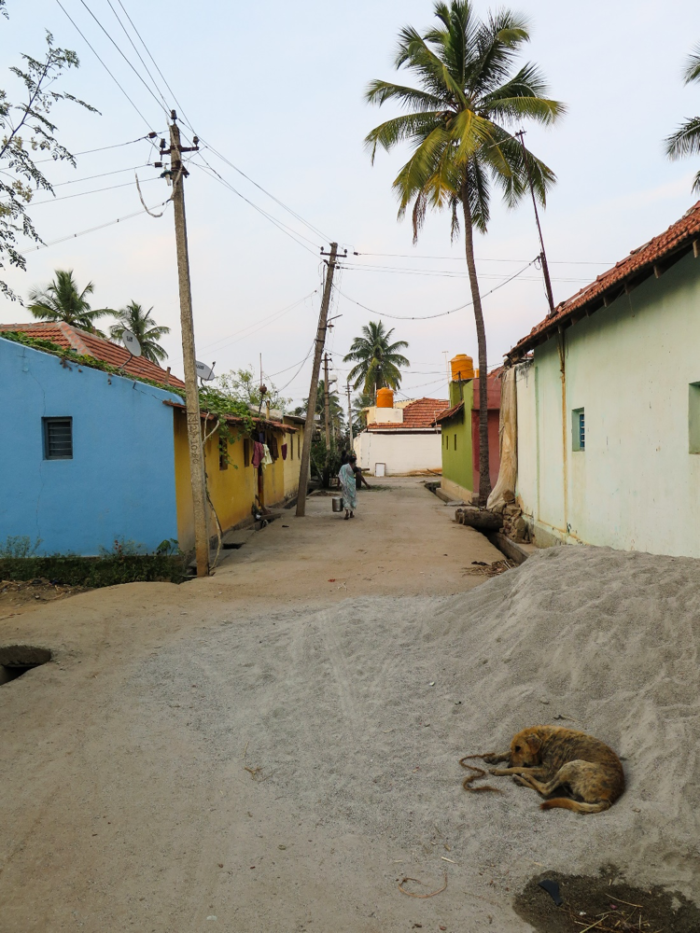 Our respondents in Bangalore live in a variety of types of homes. Some live in in single-family, detached homes like those in this community near the town of Mandya. 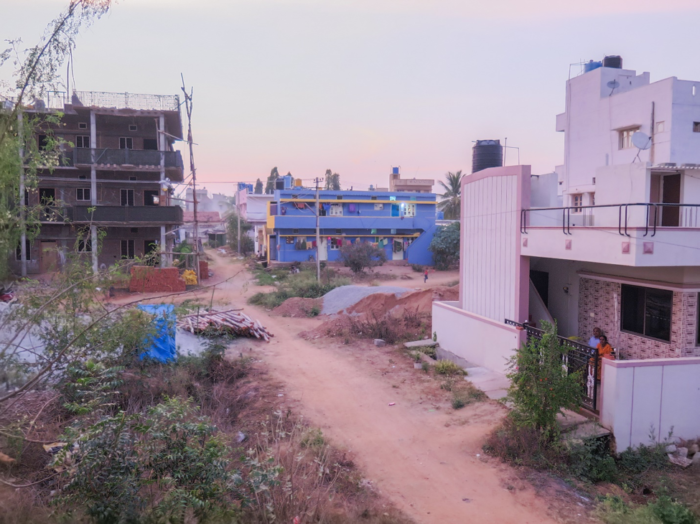 Others live in apartment buildings of various shapes and size. These apartments are located near the town of Bidadi, less than an hour away from Bangalore by car. The unpaved roads and construction show that this area is still developing. 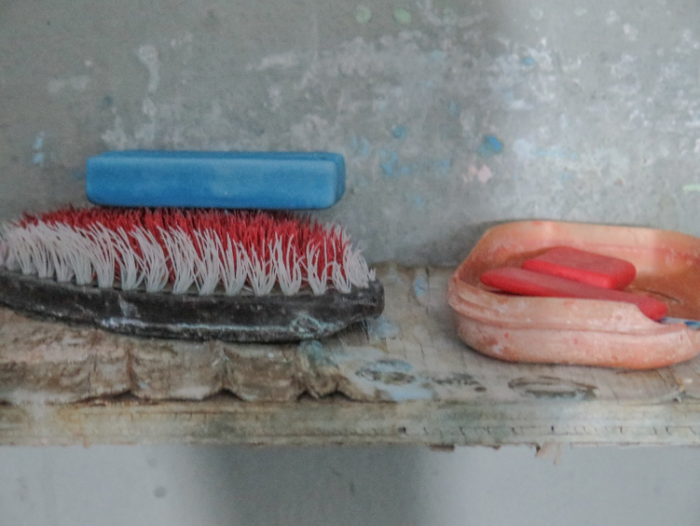 Regardless of where respondents live, they are all bound by a schedule set by the factories. Each morning, the garment workers wake-up early to prepare themselves and their families for the day. They will often take a factory-sponsored transport to their jobs where they will work for eight hours. 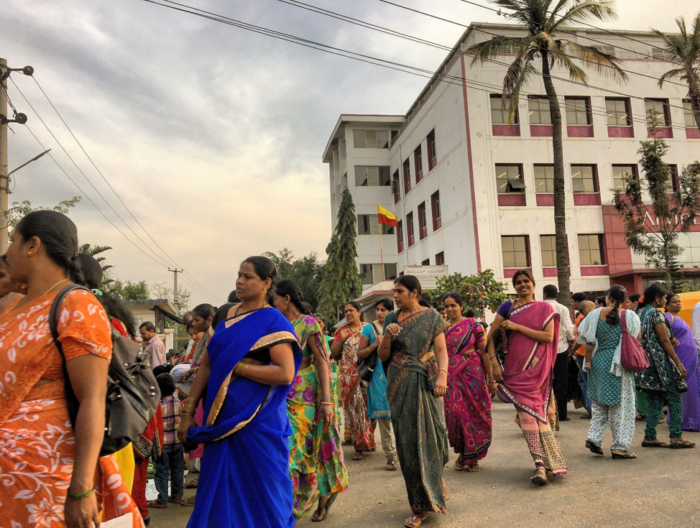 After their shifts, the women stream out of their factories and board transports headed back to their homes. Some work conditions here are better than in the other countries we are studying, but the women in our sample report that their supervisors yell at them frequently. 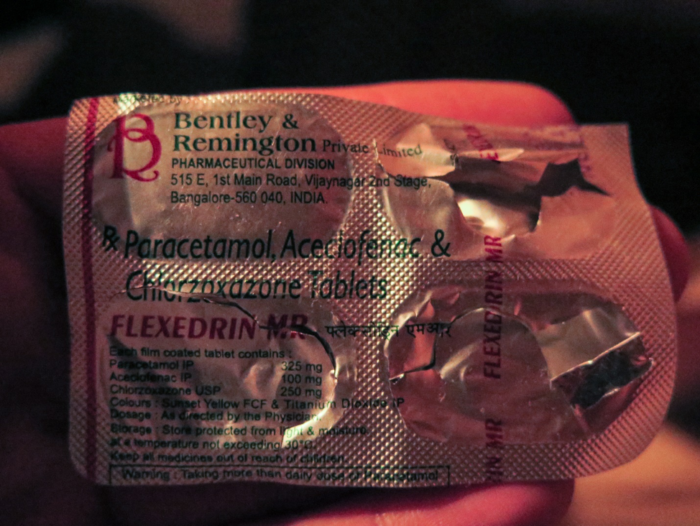 While the workers here often have shorter days than those in Bangladesh and Cambodia, the repetitive nature of their tasks takes its toll. Many workers complain of pain in the arms, back, and legs. One worker we visited had gone to the clinic and a doctor prescribed these painkillers. 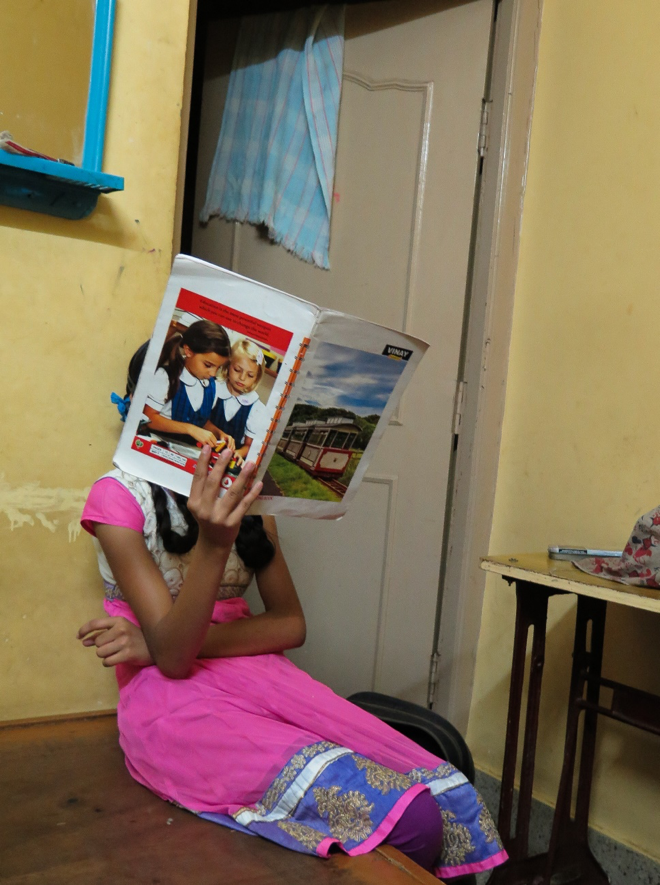 The women in our sample often do not get much leisure time—they have to cook and clean for their families and care for their children. In this photo, the daughter of one of our respondents studies. Outside the frame, her mother is keeping a watchful eye even as she conducts an interview with one of our enumerators. 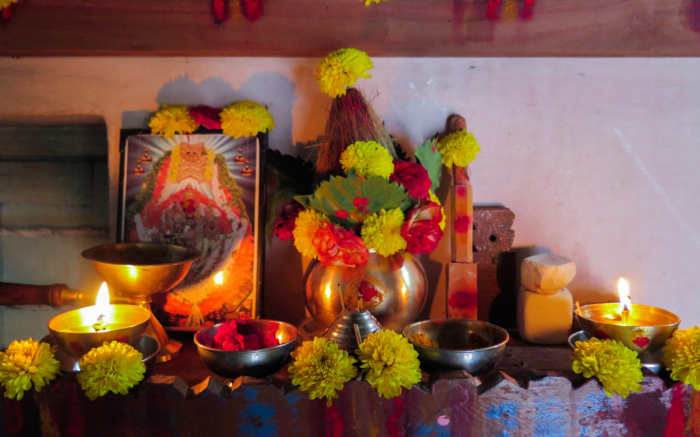 Many of the respondents in our sample are Hindu and devout followers often have some kind of shrine in their homes. Images of gods, oil candles, and decorative flowers are common. At the end of a long day, some workers will say a quick prayer before beginning their routine again the next day.